Goddamn, goddamn, conversations with people
Crazy how one day, the legends forget that they equal
On this Under Pressure sequel
We not taking it back, we keepin’ it pushing
People scared of change
But you’ll find me deep in the cushion
Even when I win, it feel like I’m losing
Listening to beats, in the Bimmer cruisin’
I think I got another hit, I could feel my body bruisin’
What’s the conclusion of rappin’?
My hypothesis, I’m darker than Gotham is
Like reading Nostradamus at 90 degrees
You better believe
I know how to turn a profit with ease
Die a critical lifestyle, I’m always overseas
Hurricane Bobby in the studio blowing trees
What’s the topic? I drop it
Fuck around then leave them all concussed
When I bust, no thrust, this world we livin’ in is fucked
Industry rule number four thousand and eighty one
Your new shit ain’t good as your old shit
‘Til your new shit is your old shit, son
And then some, gotta get some
I wear this 24 karat solid gold Rollie for my son
As an heirloom, not for looking as dope as I rhyme
As a representation to give your family your time
If you’re searching for love in the industry you’ll be let down
They don’t love you ’til you dead and then they call you profound
No matter how mainstream you was in the end, you still underground
That’s the truth, feeling close to the cliff, like Rick Dalton in the booth
Money ain’t the key to happiness and this the proof
Modern day rap is like a golden era spoof
But a few of us were searching within the second renaissance
And I know that my debutantes
Been keeping the legacy going
By flowing so involuntarily seamless
Me and my team is finally reaping
What we been sowing like a seamstress
I said I’m on one, I know I’m unsung
Was livin’ my life backward like Tariq on Undone
And now they wonder how I got over son (Do you want more?)
Hell yeah, now check the method
I been livin’ outside of pages for ages
Now I’m back, Chocolate City, home of percussion, Maryland on my back
From Takoma Park, all the way to Southeast DC
It feel like forever ago, it feel like BC
Everlasting life, kickin’ rhymes in the parking lot at night
Inhale, exhale, people hate
Oh well, 2012
Dreamin’ I’m a freshman on XXL
2013, on the cover XXL
Livin’ life behind these bars with no intention of postin’ bail
‘Cause I prevail
But that’s a story for another time
Story for another rhyme
And on my darkest days, I know that the sun will shine, eventually
Greatest lyricist to ever do it, yeah essentially
And if we’re being modest then potentially
And if we’re being humble then…
Oh shit, it’s Raquel, she’s a fuckin thot
Ayy, fuck you guys, fuck you guys
Suck my dick
Straight on the basement mic
Ayy, man fuck all these punchlines and shit man
I just wanna tell a story, I just wanna have some fun
Back in the basement type shit
Ayo, once upon a time a couple of guys from out this world
Was talkin’ rap and hip hop with a young synthetic girl
The year was 2115 at Babel Space Station
Was home to the very last of the human population
The captain name was Thomas, the infantry man was Kai
And he’s the man that discovered the Ultra85
Accompanied by a girl inside their ear, her name was Thalia
Made of ones and zeros, she was a program
You could ask her any question even about the fall of man
Then one day they discovered a planet in deep space
That nobody before them had ever found in they database
I mean, maybe it’s the place that’s meant for the human race
The planet Paradise, Khai said that time is my God
It be very nice, traveling through outer space
We done had some scary nights
We done had some scary fights
All about that rap shit, how I like that trap shit
Thomas flood every bap shit
I wish God was real, I wish I could just get raptured
What if this planet full of aliens and we get captured?
Don’t think that way my son
Everything gon’ be fine, we finna have some fun
And if by chance we do come across an alien
I’ma blow his ass away with this here molecular gun
Set to kill, never stun
What, what, we get it done
Now the ship is enterin’ the atmosphere
We gon’ take a look around and get the hell up outta here
We gon’ double check that it’s habitable and livable for man
And no matter what happens you know that we gone stick to the plan
Understood? Understand, all good? Let’s get it then
Once they touched down nobody could hear a sound
‘Til they opened up the ship door, that rappelled to the ground
What they found, a planet full of life
A planet full of shit they never seen
Straight up out a movie scene
On some Tarantino meets Christopher Nolan, nah mean?
Walk around the planet for hours, they was exhausted
If it wasn’t for the music in they ears, they would have lost it
The seventh album by a musician they both revered
First time this planet heard it, let’s call it a world premiere
Thomas thinkin’ about a picture of his girl
That he left on the Aquarius Three in his dresser
Wishin’ he could undress her
Give it up like no lesser
Khai thinkin’ nuts like a professor
Wondering if the oxygen on this planet fresher
Now is it us or is the natural life on this world the aggressor?
All the negative shit inside of his head, he need a refresher
Two men here to save the world, no pressure 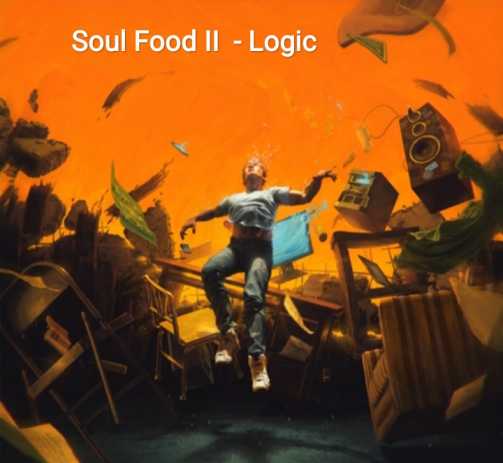